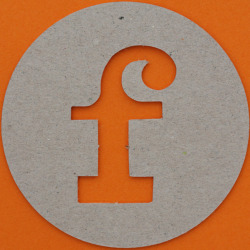 or the last post we looked very generally at the main areas of publishing. So now we can move onto analysing the specific focus of different academic publishers and the easiest way to do that is by looking more closely at who they are selling to.

For the academic publisher, there are three main ways of breaking down their target markets.

Firstly this can be very easily done by country or language. The big presses will have offices in different parts of the world and, in theory, can target a range of global markets. Smaller presses will likely target buyers in their country of origin and may extend to overseas buyers, but perhaps only those that speak the same language.

Secondly this is done by selling primarily to libraries or libraries and individuals. Some publishers, like Ashgate, for example, focus very much on the library market. A publisher like this might be working with a print run of as little as 250 books. Others consider their market to be the university educated public more widely, like Cambridge University Press. A publisher like this might well produce a print run in excess of 3000 book.

It’s worth noting that already, there is likely to be some difference in style between the type of book put through a library run of 250, which could be written for a very specific field, and might be quite academic in style, and the 3000 copy book, which would contain significantly less jargon and should, in principle, be accessible to someone from a different field. There are exceptions to this of course, if a writer has a jargon-filled writing style and is extremely academic or tackles very complex ideas, yet is well-known, they would be pitched towards the bigger market. But remember, if you’re reading this blog and are a first-timer, you’re not famous – yet!

Thirdly, some academic publishers concern themselves with specific areas of the academic market by focusing on certain subjects. For example, Indiana University Press publishes in the areas of humanities and social sciences but is particularly well-known for publishing work on feminism and gender studies. And if I swivel my chair round and scan my own book shelves I find pretty solid evidence of this in that I have three Indiana University Press books and they are all on gender: Laura Mulvey’s Visual and Other Pleasures, Kaja Silverman’s The Acoustic Mirror, and From Mouse to Mermaid, edited by Elizabeth Bell, Lynda Haas and Laura Sells.

In fact, making things both clearer and more confusing, sometimes these subject specialisms are sometimes denoted by different imprints. Imprints are basically sub-divisions of larger publishing concerns (or might be the name of a smaller publishing house that was taken over by one of the biggies). For example, Random house has the following imprints: Arrow, Century, Chatto & Windus, Ebury, Everyman, Harvill Secker, Hutchinson, Jonathan Cape, Mainstream, Pimlico, Rider, Vermilion, Vintage, William Heinemann and Yellow Jersey (which sometimes do and sometimes don’t have their own websites). But of that long list, Jonathan Cape and Vintage handle, amongst other things, a lot of the art history books. (Although again, just like the wider publishing markets described in Publishing Markets Part I, these imprints can have lots of overlap).

Over all, the point I’m trying to make is that many of the larger companies have smaller companies or divisions which handle certain markets through the people they sell to and the subjects they sell them. Also that some publishers – size aside – have expertise in particular fields. And, dare I say it, that although these book-thingys are all over your desk, your book shelves, your bedside table etc. etc. you might not actually have recognised ****. So, even if you know the main publisher for your field, it’s very possible there are yet others catering specifically for book’s intended readership, but that you might not even have recognised as doing such.

Then of course there is the list or series which is an even more refined market again. A series involves the regular, ongoing or limited release of a set of books organised around a particular theme or strand of thought within a subject area. These you might be more aware of as their branding is often quite blatant. For example, a book I referred to a great deal in the last chapter of my thesis was After Criticism: New Responses to Art and Performance, edited by Gavin Butt. This book was part of a series of anthologies relevant to art history scholars entitled New Interventions in Art History and edited by Dana Arnold. Such a series targets even more specifically the progressive art historian/theorist over his or her more traditional counterpart and books have the series title blazoned across their front covers.

And there you have it, a slightly crude slicing and dicing of the publishing industry that should make you much more aware of the areas relevant to you.