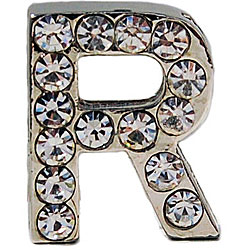 ght, it’s going to be beneficial, before you go too far down the line of pitching to publishers, to learn a bit more of the basics about types of publishers, their imprints or departments, markets and lists or series. This is an area which you’d be forgiven for thinking you know all about; you read books all the time! Right? But don’t be fooled into thinking this gives you a knowledge of the publishing industry, it doesn’t! There are lots of publishing territories you won’t yet have mentally charted, and you need to have at least looked at a map before you set out.

So, over the next two blog posts, we’re going to take general look across the realm of publishing, eventually focusing in on the territory you need to claim: the beautiful land of academic publishing!

There are roughly five main types of publisher, these are:

This type of publisher is looking to make serious money and works with books that have mass appeal. Think here of best-sellers and all the cookery books and celebrity autobiographies you buy your family for Christmas. They are selling to the individual and in high numbers. Though they might occasionally publish an academic book, this is rare and it’s highly unlikely an academic author would start their publishing career with a trade publisher. Although do bear in mind that a trade press could have an academic imprint that might well publish the work of an early-career academic, if the work is strong enough. (We’ll look at imprints in Publishing Markets Part II).

These types of publishers produce books that are targeted at schools or to companies like law firms. That being the case, they are likely selling to organisations, although might sell to the individual for certain university courses for example. It can be a very lucrative market but then text books of course also get reused, so only need repurchasing en masse when a significant change has been made to the course and or its corresponding text. If you are reading this website, you probably haven’t written anything that would be used as a text book. Even if your book makes it onto a course reading list and is heavily referred to, it’s still not a text book (think of your school French, Science or Maths textbooks), so we’re not going to focus on this very specific market/type of writing here.

This publisher sits somewhere between trade and textbook given that their products – say, a dictionary or encyclopaedia – might be sold to a school or individual. Or they might cater, like the textbook publisher, to particular fields of study, producing legal dictionaries for example. Again, this isn’t what you’ve learnt to write while doing your PhD, so nothing to see here.

The academic presses focus on selling books directly to university libraries as well as to interested independent scholars and even, occasionally or in limited amounts, to the learned general public. This means that they are working to produce books that have a potentially very high readership but not such high sales figures. There are not-for profit presses, some of which are affiliated or subsidised by universities or other knowledge transfer institutions. Then there are large for-profit presses, these are the big ones that feature heavily on your shelves. And there are also some smaller, independent for-profit presses. And of course this is the publisher most suited to handling your book.

I should say that although we can make these divisions for the sake of discussion and some clarification, there is possible overlap between all of them, so just take this as a rough guide.

And last but not least, there is of course the realm of self-publishing to consider – that’s where the publisher is you! It is an area we will leave aside for now, however, given that a successful academic book needs to have been peer-reviewed to give it job-hunt-quality credibility. What do I mean by that? Well, though a lamentable feature of academia, you still need a good publisher to publish you as it’s tantamount to them telling the rest of your field – indeed the world – that you’re really rather clever.

So, what we’ve established is that though there are lots of different types of publisher all of whom have brought books into your life, the one you need to concern yourself with now that you’ve decided to publish, is the one that produces books for university libraries, students and lecturers. These are you people, this is your publisher.

So, in Part II we’ll break the academic publisher’s market down even further.