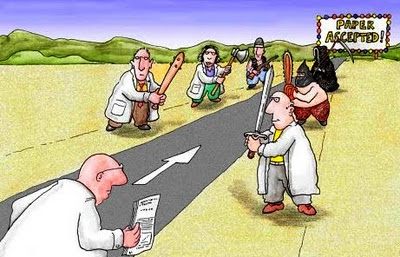 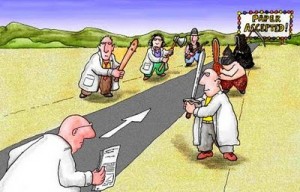 I have learnt a lot about academic publishing in the past year, particularly about publishing journal articles. This is partly because I have been writing up my PhD thesis into journal articles and in part because of my work for PhD2Published as Managing Editor. In todays post I share some of my recent experiences of peer reviewing to provide advice about what not to send to reviewers.

In the past four months I have gained experience of peer reviewing journal articles. I have reviewed 3 in total; two I was asked to do by a known colleague and mentor who also happens to be a journal editor, and one came out of the blue but related well to my research interests (suggesting I am getting known for my research interests –yay!). I have found peer reviewing a really interesting and fruitful experience. Seeing less than perfect academic writing has been a real eye-opener and has given me a new, more confident perspective on my own writing.

Today’s post is based on my experience of peer reviewing one of these journal articles. Of the three I have reviewed, I have awarded two ‘major revisions’ and one I actually rejected. I found it very difficult to reject the article because as an early career researcher sending out my own work for review, I know how nerve-wracking it can be to put your writing out there. I also thought that the paper had real potential but unfortunately the more I read, the more disappointing it became. I was very careful to give constructive feedback and to fully explain my decision so as not to discourage the author or to offend them. As it turned out, it appeared my decision was justified. The other two reviewers also rejected the paper (which shows I know what I’m doing. Double yay! ;)).

If I’m being honest, I was quite surprised that the paper was sent for review in the state it is was in. Perhaps the looming REF meant it was sent under pressure, or perhaps the author just wanted some feedback at an earlier stage? Perhaps there is a genuine issue in academia that not all of us know how to write a strong first draft of a journal article, an issue that PhD2Published at least has tried to remedy (e.g. Inger Mewburn’s series on Writing Journal Articles). Either way, there were some significant problems identified by all three reviewers. And having gained this insight, I wanted to write this post to share some of these significant issues (without revealing the author of course) so that others who are new to publishing journal articles or asking for early feedback know what to avoid. While some of these examples may seem far-fetched, they are based on my experience. There are other things to be aware of, of course, but for me, these are key and are what I look out for when reviewing.

So here are my tips about what not to send if you want to be accepted:

And here’s a bonus tip from a review of one of my own papers:

Don’t send a paper that hasn’t been edited thoroughly before submission. Irritating grammar errors annoy reviewers and may detract from the quality of your paper.