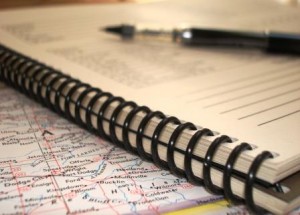 Eva Lantsoght is a structural engineer currently pursuing a PhD at Delft University of Technology on the topic of shear in one-way reinforced concrete slabs. Originally from Lier, Belgium, she received an Engineering Degree from the Vrije Universiteit, Brussels and an MS from Georgia Tech. At her blog PhD Talk, she blogs about her research, the process of doing a PhD, the non-scientific skills you need during your PhD, living abroad and her travels.

Recently on Twitter, PhD2Published posed the question “What is your academic discipline and what are your top 5 recommended high impact journals?”

I am a structural engineer with a focus on bridge engineering, and my research is done in the Concrete Structures group at Delft University of Technology. For my PhD research on the shear capacity of concrete slab bridges under the wheel loads of trucks, I’ve been reading about bridge engineering as well as about structural concrete. For bridge engineering, I’ve been mostly focused on gaining an understanding of how slab bridges work, and how we model the traffic loads on bridges. For structural concrete, I’ve been focusing on slabs (as structural elements) and shear (as a failure mode). My scope has been from the small scale of how the different elements in concrete, which is a non-homogenous material, work together and transfer stresses, to the scale of real-life bridges.

I’ve mostly been reading papers from these five journals (in no particular order). In between brackets you can see the impact factor of these journals:

As a final remark, I would like to zoom in to Beton- und Stahlbetonbau, a German journal. Even though I can barely put a sentence together in German, I don’t have much trouble reading technical German. Initially I had to read German papers with a dictionary right next to me, but by now I know most of the technical vocabulary. I do think it was worth the effort of trying to understand technical German. I’ve found information in German journals which I did not find published elsewhere at all, and I’ve found a goldmine of carefully described and executed experimental research in there. It’s been of tremendous importance to my own research so far.