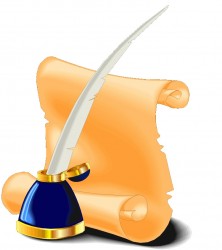 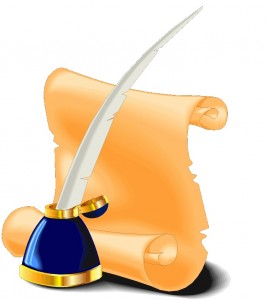 Katherine Reekie is PhD2Published’s new Science Correspondent and she has recently joined Twitter as @katreekie.

Anyone who has ever read a scientific research article will be familiar with the somewhat formal and impersonal writing style in which they tend to be written. Adapting to reading this kind of prose can be a challenge. The way they are written can be very different to the informal style which tends to be used for most other forms of modern communication, and it is this “scientific style” which is in part to blame for the reputation of scientific articles being complicated and hard to understand. But how about writing it? It is unlikely that most people will have been required to write in this style before they are an undergraduate student, and even then it may only be for a project report in the final year. There is often no formal training for this kind of writing, and the degree of assistance provided can vary greatly. I know from my own experiences of editing undergraduate reports that one of the things which can be difficult to get across is the need for a specific tone and format, which is often in complete contrast to anything the student has written before. Adapting to this way of writing can also be one of the hardest parts of writing a PhD thesis or journal article, as it is something that scientists often pick up as they go along, rather than being taught.

So can the “scientific style” really be defined? It must be emphasised that the way in which research is reported tends to be guided by convention rather than anything else. In general, the tone is impersonal and devoid of opinion, factual and often highly technical. Scientific reports are intended to be functional, and the way in which they are written is designed to emphasise the facts without distracting from them with the use of flowery language.

As with so many things, the style of writing used to report scientific research has changed over time, as different voices have gone in and out of fashion. Before the 20th Century, scientists typically reported their work in the active voice, using the first person pronouns “I” or “We”. However, it then became common to adopt the passive voice, for example “Experiments were conducted…”. This formal and impersonal style was considered the most suitable for reporting scientific research. Although it is not to say that this style was adopted across the board…Watson and Crick’s 1953 report on the discovery of the structure of DNA is interjected by phrases such as “It has not escaped our notice that the specific pairing we have postulated immediately suggests a possible copying mechanism for the genetic material”*1 However, this relatively informal style is the exception rather than the rule.

Modern research articles tend to be a mixture of the passive and active voice. When writing a research article it is important to check the guidelines of the journal you intend to submit to, as some express a preference for one style over another. For example, Nature state that they prefer authors write in the active voice. The style of writing also differs between sections of an article. The Methods section, for example, should be completely technical – the nuts and bolts only. The point of this section is to provide enough information for the work to be repeated exactly. Contrast this with the discussion, which is in many ways the most personal part of the article, where it is common for authors to voice opinions and their own interpretation of their results.

It is also interesting to consider how the current emphasis on collaboration has affected the way in which research articles are written. For example, many years ago it was often the case of a single scientist working on, and reporting their thoughts on, a subject. Consider, for example, Darwin’s observations on Evolution*2. In this case, it was justifiable to use the first person pronoun of “I”, as these were the thoughts and ideas of a single individual. However, science is now increasingly collaborative. It is extremely uncommon for a research article reporting original findings (as opposed to an opinion piece or review, which may be written by one author) to be the work of a single individual – more likely a dozen or so scientists working together including students and early career researchers. Therefore the first person pronoun is more or less defunct in modern research articles.

Within the constraints of what is generally considered to be the norm, it may seem surprising that individuals can still maintain a personal style, but it is possible. So much is still down to personal preference, which is why PhD students with multiple supervisors, or collaborators on articles with a number of authors, may find themselves caught between the styles of different individuals with contrasting ideas on how reports should be written. Personally, as with anything, I think that scientific writing is something that comes with practice. There is no real right or wrong “way” to do it…just convention!

*One important feature of scientific writing which i haven’t mentioned is the correct use of referencing. Therefore, here I list the works I have mentioned in the text:

2. Darwin, C. (1859) On the Origin of Species by Means of Natural Selection, London: John Murray.