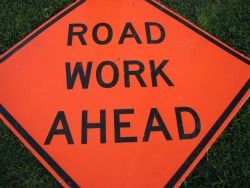 Continuing to gather responses to the Guardian article by George Monbiot on the broken model of academic publishing, we asked Ken Wissoker, Editorial Director at Duke University Press, to wade into the debate. Here’s what he had to say:

I thought Monbiot’s article was very valuable for getting the word out about how the big publishers – especially Elsevier – but also Taylor and Francis and Wiley-Blackwell have extracted as much money as possible from university libraries. Elsevier pioneered this, coming up with big packages of journals that universities needed and pricing them as high as possible.  Universities with researchers in those areas (mostly science and medicine) had to pay or they weren’t supporting their professors. Since every journal was unique intellectual property, there was no competition and no market. If a library wanted to cancel a journal, Elsevier didn’t lower the price of the collection. This really was wealth extraction in a frightening and damaging form. So the article’s account of all that was a good wake-up call for those, including many academics, who were not aware of these changes over the last ten or fifteen years.  He is totally right about the infuriating way these arrangements cut out anyone without access to a university library.

What Monbiot could have mentioned, however, was that libraries have made deeper and deeper cuts in their budget for books to pay for these big journal packages.  In the early 80s a huge proportion of a library budget went on books. Now the proportions are reversed and books make up only a small percentage of a library’s budget. The recent library trend of “patron-driven acquisitions” which sounds like patrons choosing (it’s a great neoliberal term), but really means postponing or avoiding purchases as long as possible, will only make this worse. This results in a whole set of books that would have been publishable in a form individual scholars could afford five or ten years ago, but which will no longer have enough sales to be viable.  It means books (and fields) that I would have been proud to publish a decade ago, I no longer consider.

What I didn’t appreciate was that, in his article, Monbiot didn’t differentiate the big corporate presses from other academic presses. Duke University Press works hard to break even.  Our journals subsidize our academic books which otherwise lose money. There’s no wealth extraction! On the contrary, we are working as hard as we can to keep to our thinking-driven mission, in a bad economic climate, in large part created by these “big deals.”

The solutions to these problems should take into account the whole ecology of libraries, publishers, and scholars. That means more consideration of what the proposed fixes might mean for different kinds of publishers. Monbiot’s quick fix of free-public databases solves some problems, but doesn’t think about others. I like having multiple medium-sized presses making publishing decisions, each looking for niches, encouraging and helping groups of scholars, while developing their own identities.  We might want to think about how to preserve that kind of publishing, and solve the problems of the big deal at the same time.


Related Posts:
Deciding on a publisher for your book by Astrid Bracke