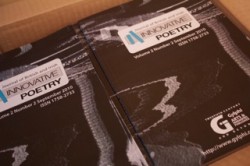 For the next month, Anthony Levings, Managing Editor, Gylphi Limited will be guest blogging for PhD2Published to give readers a better idea of how a small academic press operates…

Although this is only one opinion among many, it is becoming an opinion that is being voiced with increasing volume, as writers, new and established, experiment with new electronic (and sometimes print) forms of publishing.

Naturally I watch with interest as the experiments take place, and as writers mutate into publishers, and I don’t think you’ll ever find a self-publisher who would tell you that publishing is as easy as it looks, or who didn’t initially underestimate the ‘publishing’ part of self-publishing.

Gylphi Limited is a small (or, micro might be a better word) academic arts and humanities publisher focused on the twentieth century and beyond, and I’d like to take the opportunity of blogging for PhD2Published in order to provide a behind the scenes look at what happens at a small academic press in its first years of existence.

This week the manuscript arrived for a book of critical essays on the writer David Mitchell, and printed copies arrived for the Journal of British and Irish Innovative Poetry (Volume 2, Number 2). Together they highlight the two ends of the production cycle, and I’ll be discussing the book, the journal and the beginnings of Gylphi in more detail next week.

I hope that the posts will be of interest to readers of PhD2Published and academics looking to understand the academic book market better.