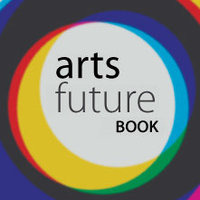 It would appear to the average consumer that the future of reading is already here. The Kindle and the iPad making readable eBooks a reality, but in fact a closer look will tell you that a state of transition is actually in place.

It is not yet possible, for example, to fulfil all that is possible in print in digital form. It is also not yet possible to predict which formats (and associated copy protection) will be carried forward into the future.

More important than what the current digital formats can’t do however is what they can do: things not possible in print – e.g. audio and video, and links to external websites, among others. Creating a situation where there are trade-offs associated with both print and digital books, each capable of different things.

At the centre of this is the art (history) book, which often needs a layout that is highly visual. A clear challenge for digital books since eBooks (ignoring Apps and PDFs for a moment) do not allow precise image placement and bleeds.

Conversely, given that so much digital art is now produced, works of art criticism also need to respond to the restrictions placed on them by print especially when their subject matter is electronic.

Out of this dilemma has been born the ‘Art Future Book’ project with the aim of bringing shape and form to the loose and unpredictable art book of the future. The subject is something ideally suited to the ‘book’ series format, even though it paradoxically challenges the whole notion of the very objects it seeks to collect together.

How can this be the case? Well, a book series is a conversation organized by a series editor. And there is no reason why this conversation should occur on sheets of paper bound between covers. Especially since the definition of a book is changing, and its limits are there inviting us to test them.

When Charlotte Frost, the series editor for the Arts Future Book, first contacted me with the proposal for this most intriguing concept. A series in which the books could take any print or digital form possible. As a publisher, I had to impose a proviso, which was that each ‘book’ had to be a viable product and not an open-ended project without any obvious way of generating income.

Although such practical considerations might seem creatively restrictive for a project of this kind, in fact having to produce and sell something focuses the mind and, when it is finished, gives us a completed product to talk about in this conversation. Some will find this a very traditional approach, but a book cannot be matched in its intellectual depth by any other type of media new or old; and if I didn’t believe this to be true then I wouldn’t be in publishing.

In addition to the Arts Future Book series, Gylphi has released details of its SF Storyworlds and Transgressive Culture series, both of which (along with others in the pipeline) will benefit from the working relationships and practices built up with the numerous associates and partners involved in the Arts Future Book project, since not only is it a book series but also a source of definition for the book of the future, and much of the development of electronic books will happen simultaneously with this project at Gylphi. Providing an example of how the book series concept has been given new life in the digital age.

Other examples of how the book series has been given new life in the digital age include the usual suspects: Facebook and Twitter. These two names, synonymous with social networking, provide a means through which all those wishing to establish direct and ongoing connections with a series can do so, thus providing a forum for debate and sharing of associated information, which acts as an extension to the published books. There is also the additional opportunity provided by eBooks for more easily adding updated material to books dealing with contemporary and ever-changing subject areas. As well as the general benefits of the e-age for keeping people up to date with these conversations.

To conclude this post, I’d like to thank you for taking time out to read it and to let you know that next time I will discuss a publication that I am looking forward to seeing in print, and which sits on the boundary of what can be defined an academic text.