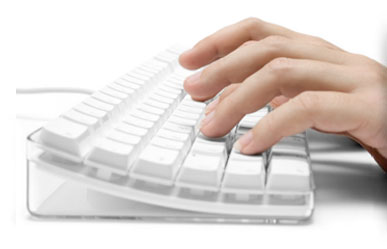 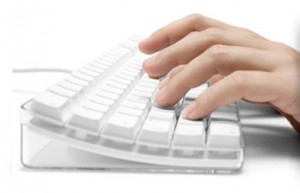 By Aadityasardwal via Wikimedia Commons

Ellie Mackin is a third year PhD student in Classics at King’s College London, and is working through Wendy Belcher’s ‘Writing Your Journal Article in 12 Weeks’ while attempting to finish her thesis.

Evidence.  A daunting word, and one that can mean so many different things.  I have my own system of categorising primary evidence depending on the source of the material (for example, an inscription is just primary whereas a medieval manuscript of a classical-period play is still primary, but less so, and a textual edition is even less primary than the manuscript – it’s a pretty loose system).  This week was all about evidence and fittingly Belcher began not with what evidence is but what the types of evidence are.  She covers qualitative, quantitative, historical, geographical, textual and artistic evidence, finally asking you to identify the types of evidence that you use.  I actually found this not only interesting but enlightening.  It’s not that I didn’t know that the different evidence existed, but I’d never considered anything  beyond the ‘primary’ ‘secondary’ and ‘tertiary’ categorisations, and thus had – in a way, but not consciously – lumped statistical data with historical data.  Probably because I use the latter and not the former, I had never considered what function the former actually plays in some research.

The next section is about writing up, and like last week it was split into ‘Social Science’ and ‘Humanities.’  I read though the Social Science, but not in depth, so I will mainly talk about the humanities section.  This was split into two sub-sections ‘close readings’ and ‘cultural studies.’  As what I do straddles the divide between the two sub-categories I didn’t favour one approach over the other but worked equally on both.  Belcher took these two sub-categories from what she describes as the two common theoretical positions in literary criticism.  I found her comments about each of these sections to be, in hindsight, obvious – but I don’t think I would have been able to list these as poles of theoretical approaches before I read this section.  Under close readings she discusses meaningful quoting, brief summerisation, ‘large picture’ referencing, and – I think most importantly, though she doesn’t emphasis it – careful selection.  That is, not trying to undertake too large a portion of text, asking the text ‘why’ or ‘how’, not ‘what’.  She also, interestingly, notes that you should limit your footnotes or endnotes, stating that more and more journals are asking for these to be limited.  I would have thought this would be in the author guidelines for any particular journal, and at this stage might be unnecessarily restrictive, but I’ve never come across this idea in my field, so perhaps it’s more relevant in some disciplines than others.  The second section of this is for cultural studies, in which she says, straight and to the point, ‘avoid biography’, ‘avoid simple politicising,’ and ‘deploy theory, don’t replicate it.’  Most interestingly in this section was her instruction to avoid the discussion of intentionality.  I really like this notion and I try very hard not to discuss what I think the author is trying to convey or intends to say, so I felt like I was slightly ahead of the game on this one (for once!).  All in all, this was a useful exercise to think about the way that I use evidence.

The second day’s exercise was to discuss evidence in your field.  The book asks you to make a few appointments to talk evidence, but I didn’t do this.  I have lunch and drinks with colleagues on a fairly regular basis and thought it might be best to discuss here.  We came up with some interesting things, including a discussion of the way that we all view primary source material in our field (which is Classics/Ancient History, and so primary sources can be of somewhat dubious origin in some cases).

I had fun and games with the third day’s task, which was to print out a copy of your paper and go though it paragraph by paragraph and pick out your evidence, determine whether it’s clearly presented and make a note if it doesn’t have a clear progression, ‘explanation power’ or is logical.  My margins were full of little notes, which helped over the next two days when I went through and tried – sometimes with more ease than others – to correct these passages.

Finally, there is the revision of the whole document, to take in the changes made.  My article is looking a lot different than it was at the start, and I’m really pleased that I saved a copy (though this was unintentional at the time, I admit!) at the start, so that I can look back and see how far I have actually progressed.  I’m feeling good this week, even though it’s the end of AcWriMo, my writing has never been better!