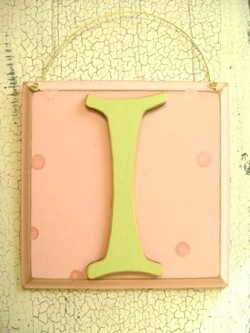 stumbled across this great post: The Five Rules of Getting a Book Deal by writer Jean Hannah Edelstein and really liked it. It’s not primarily for academic writers, but rules two and three really got me thinking…

Rule two, according to Edelstein, is ‘Research the Business of Publishing’. She notes: “Yes, you should research your book, but you also need to research the business of publishing.” This is something that PhD2Published was specifically set up to help with. It’s all very well being told by your supervisor or other academic chums that you need to publish a book, but unless you wrote your thesis on academic publishing for the early-career academic (which now I think about it might have been a better idea), what on earth do you know about publishing? Edelstein goes on:

“What books have been published that are similar to yours, with which your book will compete? Who published them? How were they published? What market are they aimed at? Some aspiring writers think that they should just submit their work to everyone under the sun, until someone bites, but that’s a waste of your time (and theirs) – you want to identify the people who may be genuinely interested in your project and target them carefully.”

Edelstein is right, but it’s not enough to do some market research and work out comparable titles and potential readers, you need to understand that the publishing business is precisely that: a business! For example, it really helps to know all the different tasks involved in getting a book published. It’s not just that you beg a publisher for attention, write something, get it edited and printed and it magically appears in bookshops. There’s so much more going on than you might have realised. For example, the money used to market your book is likely to come from another project or book. It doesn’t come directly from your book because when the marketing for your book starts, your book won’t actually have sold any copies. So, sticking with this example, a publisher needs to be really convinced your book is going to sell so that firstly, they wont make a loss, and secondly, they’ll have cashflow to float other books/projects. It’s not all about you you know!

Edelstein adds a piece of advice to this that I think is priceless: “Check Twitter for directories of publishing professionals, too, and start following them. You’ll learn a lot.” This is so true! Even if you just watch industry tweets and don’t comment, you’ll discover so much about the entire production line of publishing. And don’t underestimate how useful Twitter can be in actually getting you hooked up with a publisher!

This takes me to Edelstein’s next rule: Network. She explains:

“There’s often a lot of complaint on writing blogs about how people who get books commissioned have ‘connections’ in the world of publishing, but how many other industries would you expect to crack in to without having some contact with the people who are already in? This doesn’t mean that you have to get a job in publishing (though it undoubtedly helps – I would certainly not have published a book at this stage if I hadn’t worked in publishing) but it does mean that you should look for ways to engage with publishing professionals to learn from them about the industry, about what they are interested in publishing, etc.”

Again this resonates with the ideas behind PhD2Published because I wanted to create a community where potential academic authors could learn about publishing and start to network with publishers. Believe me, the fact I need to contact publishers all the time to get information for this site hasn’t hurt my hunt for a publisher at all! And that’s the point, many of us emergent academics, no matter how well networked we are in our own field, probably don’t actually know that many people in academic publishing. But you can guarantee that if you did, your proposal would stand out from the pile of others the commissioning editor has to work through this month!

As Edelstein adds: “Email people and ask them for advice. Sure, some will never write back, but many will be happy to give it.” This is true, it’s always worth asking – as long as you’re focused and direct with your questions and don’t unduly waste people’s time. And don’t forget that you can always contact us here and we’ll get the answers for you!