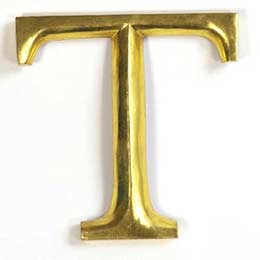 he first thing I realised as 2010 arrived was that nothing was going to change. I’d completed my PhD in 2009 and somewhere in my mind I’d hatched the idea that in 2010 great things were to be thrust upon me. For example, I had a full-blown fantasy about being in full-time employment.

I thought an age was about to dawn where I’d be able to afford to live and I’d have this free-time stuff I’d heard people talk about which they seemed to use to eat in nice restaurants and go on something known as a ‘holiday’. I had deluded myself that these riches would soon be mine and that the glittery world of a Dr was what now awaited me.

What I had forgotten was that way back in 2001, when I’d got my first real taste for academia, I’d actually signed up for a life without these things.

OK, so that’s not entirely true and all sounds rather negative, but sometimes you need to be a bit realistic – or is that cruel to be kind? The fact is, deciding to be a writer and academic means accepting a lifestyle that is very different to that of people working in management consultancy or law, for example. It’s not that I’m suggesting these fields of employment are without stress – far from it – but rather that academia can very literally feel like living in a different world, and it’s important to accept that early on. The late phase of completing a PhD does introduce you to this rather sharply as you often sleep at completely different times to everyone else! So perhaps the first thing you need to know on finishing your PhD is that, whether you land your full-time, academic, dream job or not, money and free-time will still be in short supply!

Just as I was learning to accept my fate, I came across a great article by writer Ruth Fowler entitled: ‘You Want My Opinion? Never. Write. Again’. She describes her own inverted epiphany like this:

At the age of thirty, while my friends secure mortgages and spawn children and eat in fancy restaurants without worrying about the bill, while they know exactly how much money will come into their account every month, so that they can predict exactly how much cash they can spend in Fred Segal’s on the spring collection, I mooch around in thrift store clothing, bumming cigarettes from strangers, living in student accommodation with roommates on food stamps, cultivating a monthly heart attack come rent-day. I never know how much money I’m going to earn. It might be 100k a year (it did happen, once); it may be, like 2009, somewhere in the region of eight grand. And whilst I sit in these chi-chi restaurants with my financially stable but artistically-starved friends who have chosen to abandon their dreams to pursue more lucrative careers, I don’t want to hear how lucky I am. I don’t want to be told that I’m rich in life when I can’t afford the kobe steak for an entree, or even the six-dollar diet coke. Because this lifestyle wasn’t something I chose. It wasn’t a decision I made aged 25. I didn’t train for this in some fancy MFA program, or look at Philip Roth, or Derek Walcott, or Diablo Cody, and decide I wanted what they had…It just happened because I couldn’t do anything else.

And so I decided my first post for this new blog (on how to get a book published, and advance your career and understanding of academic publishing after completing your PhD) should be on not bothering at all!

So there you go, don’t do it! Now you have no need to check in with this blog or any like it again and you can get on with watching Glee.

Except that I know that if you’re reading this in the first place, its just not that simple is it?!

In that case, bear in mind that the next stage should involve looking long and hard at where you’re at post-PhD, and deciding if this is really for you. To be perfectly honest, nobody will think any worse of you for deciding to call it quits. I’ve been flippant talking about the sleeping habits of the average PhD’er, but joking apart, it’s a long and at times lonely (not to mention utterly thankless) task. If you think your talents would now be better deployed elsewhere, enjoy the fact you’ve recognised this and move on! Its not like anyone can take your PhD away from you, its yours FOREVER! Enjoy it! But then go and find something else to do.

If, like me, you are a total glutton for punishment, and you decide that its no-pain-no-gain, prepare yourself for the reality that academic life is more of the same!