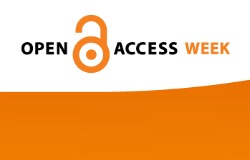 For several years now, academic libraries worldwide have played host to Open Access week, an international celebration of the revolution in academic publishing. For the same number of years, a question has circulated among participants at these events: “is 20XX the year of the tipping point?” It is that question, after a brief excursion into the history of Open Access, that I wish to address.

Since its inception around 2000 (yes, that’s up for debate), Open Access has signalled an end to the days of resource inaccessibility and illuminated the end of the publishing stranglehold upon library budgets. Deviating from the traditional economic publishing structure, Open Access means that academic material is made free at the point of delivery; free as in beer and often free as in speech. Granting permission to read free of charge and often free of copyright restriction, taxpayer-funded research is now available to the masses. It comes in two “roads”: green and gold. Green Open Access is achieved when academics deposit their work in an Institutional Repository (IR) after publishing it independently in a peer-reviewed journal. Gold Open Access, conversely, is open from the starting line; peer-reviewed journals which are free to access. Such a move does, after all, make sense. Academics devote their time to research, peer review and proofreading with little or no financial compensation from the publishers who then charge their own institutions to buy back the material. If we do the work anyway, why not take on the extra publishing aspects?

This is not to say that publishers add no value. Indeed, they typeset, copyedit and, in the case of hard-copy material, print the items. However, it is clear that subscription costs are rising out of all proportion to inflation and certainly to academic library budgets. As independent entities under a closed model, academic publishers are anachronisms that we can no longer afford.

Such a reconfiguration does have political ramifications for the structure of the university. Questions such as the evolved nature of the library have yet to be satisfactorily answered, along with the problematic centralisation of university funding once the library no longer has the responsibility for acquisition. Finally, inadequate provision has been made to support early-career researchers in the transition period. The reason for this is that many publishers are attempting to resurrect their business model through an “author-pays” system. In my experience of running two OA journals, I believe this to be unnecessary and that publishers overstate the role they play. Assuming this does go forward, though, from where are early-career researchers expected to find the requisite funds?

After this deviation into the history of Open Access, then, is 2011 the year of the tipping point? This year, Open Access has received an exponential degree of exposure. From George Monbiot in the Guardian to the continued efforts of Cameron Neylon, OA has finally made it into the academic general consciousness. Yet this coverage is not universal. The humanities remain, for the most part, entrenched in a closed culture; awareness of Institutional Repositories is minimal, OA journals have yet to achieve the necessary degree of prestige and confusion reigns over whether OA is peer-reviewed and what exactly author-pays means. It is unacceptable for their to remain such a gap between academic disciplines’ awareness of OA and, for the tipping point to be truly reached, this must be rectified through top-down research council mandates. There are signs of hope, but if Ladbrokes wanted to offer me a punt, I’d ask them to come back in 3-5 years.