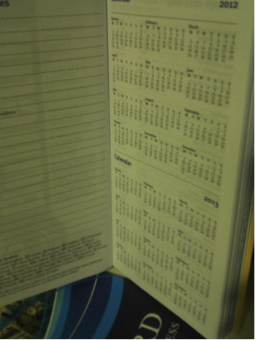 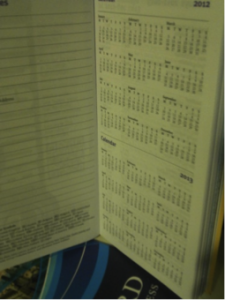 In this post Karen McAulay shares her experiences of planning and publishing her first academic book. In the first of two posts, she reflects on planning to publish.

‘And when I get my PhD’, you muse, ‘then I’ll publish it as a book’.  Admit it!  Haven’t we all thought this, in an unguarded moment?

Several years ago, I stumbled across this advice:

I graduated in December 2009.  I diligently wrote papers – and published a few things – and didn’t start thinking about ‘the book’ until Autumn 2010.  But where to publish it?  I really didn’t want to go down the self-publishing route.  I didn’t want the expense, or the bother of production and marketing.  I did want to be published by a reputable company that would (a) know where to get the book reviewed, and (b) be as keen as me to sell a reasonable number of copies.

I could see that my topic would probably fit into the scope of several academic publishers.  I also wondered about a couple of publishers who might have been interested in my topic for its regional connections.  However, I was fortunate enough to be approached by the series editor of one of my target publishers, before I’d even contacted their publishing house, and that was the one I decided to go with.

So, what can you expect when you have a publisher interested in your title?  Submitting a book proposal comes first.  You have to be able to describe your target audience, and demonstrate how your book fills an unfilled niche.  It’s crucial that you’re up-to-speed with what has recently been published in your field.  If A says this, and B covers that, but you can demonstrate that you’ve devoted a good part of your thesis to some other aspect – or taken a different approach – then that’s all good!

You may have to submit a demonstration chapter.  Only you will know if the tone of your thesis reads like a book, or would still need more work to make it more accessible.  I suspect this is partly a question of writing style, and partly of subject matter.  I was asked for the link to my e-thesis, and that was that.

If you’ve published scholarly articles, you already know about the peer-review.  This can take a long time.  (I wouldn’t venture to pronounce on how long is too long, because I don’t know what’s normal in the book-publishing world.)  Similarly, I imagine there must be a wide range of responses, between “No, thanks”, and “Yes, please”, but I can only speak for my own experience.

At the end of the day, I wasn’t asked to re-write anything.  However, I was asked if I could add another chapter, so that the book would have added value over and above the online thesis.  I was only too pleased to do this, since I’d gone on researching post-graduation, and this offered the perfect opportunity to get it in print, in context.  (I’d spoken on my subsequent research, and had a paper that would serve as a draft, but more work was needed before it would be a chapter that I could feel proud of.)  I agreed to supply the manuscript in four months.

It was by now just before Christmas 2011.

Once we’d taken down the Christmas tree, I decided, I would get started….To be continued.

My day-job is Music and Academic Services Librarian at the Royal Conservatoire of Scotland.  After hours, I’m a musicologist specialising in historical Scottish song collections.

My first degree in Music at Durham, was followed by a research Masters in mediaeval English plainsong uses at Exeter, then doctoral studies into mediaeval English music.  A subsequent postgraduate librarianship diploma at Aberystwyth left me with insufficient time to finish the mediaeval music research.

Librarianship at the University of East Anglia, Metropolitan Borough of South Tyneside and the Royal Conservatoire of Scotland has filled in the decades before I resumed research again, this time into Scottish song collecting c.1760-1888. After 5 years’ part-time study concurrently with my full-time work, I graduated with a PhD from the University of Glasgow in 2009. I submitted my book MS at the end of April 2012: Our Ancient National Airs: Scottish Song Collecting from the Enlightenment to the Romantic Era.