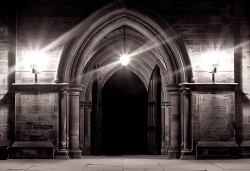 This post is by  Graham Steel who has been been actively involved in Patient Advocacy work for over 10 years. Graham acted as Vice-Chairman for a UK Charity, the Human BSE Foundation 2001 – 2005 and then as Information Resource Manager for the CJD International Support Alliance (CJDISA) 2005 – 2007.

More recently, his activities have been focused more on Patient Advocacy generally, but mainly upon Neurodegenerative conditions such as Motor Neurone Disease. He also is involved in and advocating for Open Access/Science/Data and now acts in un-renumerated advisory capacities to the Open Knowledge Foundation, the Public Library of Science (PLoS) and most recently, Digital Science

–So completely out of the blue, I received this tweet from Charlotte to which I tweeted back with “sure”.

In terms of submitting Manuscripts for potential publication by Scientific, Technical, and Medical (STM) Publishers, the issue of “Publish or Perish” is fairly widely known about. Since this is Open Access Week and having been invited to write a guest post here, I thought I would look at this issue in a slightly different way, hence the title of it.

From my experience in having contact with many many people in Academia and so on, due to the issue of “Impact Factor” (IF), there is a real “pressure” only to submit such Manuscripts to High IF Journals aka GlamourMagz.  As mentioned in the last link, the term “CNS Disease” was coined by Prof. Harold Varmus during a Keynote address he gave at a Conference in 2007. The following quote is taken from this blog post by Corie Lok of Nature.com:-

“I think many can agree, out of pure principle, that making research results freely available is a good thing (business model issues aside). But as any young biologist concerned about his/her career will tell you, biologists need to get published in top-tier journals (_Cell_, Nature, Science) in order to be recognized, get ahead and secure that next job in academia”. Around that time, I decided to carry out a small random survey of my own to seek out the opinion of Academics and some Medical Librarians of their thoughts on this issue and Open Access. I anonymised the results and published the results online.  I received a variety of interesting responses such as:-

“Of course, all of us want to publish in the highest impact journals for our academic careers (tenure promotion, etc, etc), and these are precisely the journals that do not participate in OA. However, in this Wiki-World, I believe in my heart that OA is the fastest and fairest way to disseminate information – so I strongly support OA and its evolution in the future.”

“Whilst I agree OA is the best model for the public (at least those who are interested enough in research and are willing to get past the terminology), we as researchers are getting little encouragement to go down this route.

Yes if you are in the US certain funders will insist you publish OA, and in the UK some funders will provide some money towards buying out the copyright, but in terms of which journals one chooses to publish in, I can tell you that is driven by impact factor i.e. who and how many people read it. My one small publication in Neurology is going to be read by a diverse range of neurologists, and taken quite seriously on the basis that it has been through rigorous peer-review. I think there is a bit of a perception that because OA is online that the peer review process is less rigorous; after all there are no constraints on space!

Also remember that the value of many researchers (myself included) is measured in the number and impact of publications, not in communicating science to members of the public. My work putting lectures online, editing Wikipedia, doing talks to local MNDA branches, earns me not a jot (and in fact I’m usually out of pocket), and doesn’t count at all towards either my value within the department or my chances of getting tenure.

So, whilst I agree that in general OA is a good thing, I hope people will realise that researchers aren’t publishing in expensive corporately owned journals because we don’t like OA; rather the incentives have to be put in place in order to change centuries-old habits.

Thanks for raising this and if I could make one more quick note, we have done quite well in the past in getting editors to sign off permission for republishing very relevant ALS papers free of charge.”

In terms of IF, Dr Bjoern Brembs has blogged extensively about this issue and I can highly recommend reading through these.

We now have Article Level Metrics (ALM) which is a much needed alternative to IF.  Also see the likes of  http://altmetrics.org/manifesto/, http://beyond-impact.org/ and http://altmetric.com/

What we are seeing is move away from IF and judging Manuscripts not based upon which which Journal they were published in, but based upon their individual merit and what impact they have POST publication. It is known that two big advantages of having a Manuscript accepted for publication in an Open Access Journal are:-

a) Wider readership, and

b) A likely higher number of Citations

In summary, please have a look through the following slides/video from a talk given in September by Peter Binfield of PLoS ONE.