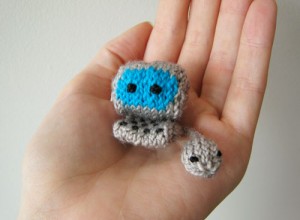 This blog post by Nasima Riazat (an instigator of the ‘#PhDchat’ Twitter discussion) is part of a series that asks after new forms of scholarship and demonstrates how academic out-put is changing in the digital age.

In this series I’ve invited the people responsible for these types of projects to share what their intentions were when they established them. How their projects have changed the way they (and we, as participants) work, research, share, support and interact with each other as global colleagues. And how they might describe what the emerging skill-sets are and their benefits and pitfalls.

#phdchat is a twitter hashtag for doctoral researchers and early career researchers which was set up by a group of doctoral researchers in December 2009. #Phdchat is a professional community for academics and researchers to share resources, highs, lows, pieces of blogging to get feedback and to tentatively test thoughts and ideas with like-minded colleagues. I have been asked to write this post by Dr Charlotte Frost reflecting on what the chat is about, why I started it, discuss the nature of the chat and to offer some personal thoughts and reflections on the degree of its success.

The #phdchat hashtag was established when a few tweets were posted by doctoral students and a live chat was organised to be held each Wednesday evening for all UK doctoral researchers to enable us to have a community to share the journey with. As word spread about the hashtag to people’s networks, a large community was contributing informally and partaking in the live chats.

Reflecting back in 2013, the hashtag has flourished beyond all expectations and #phdchat has gone from strength to strength. On the 14th March 2013, an analysis of the #phdchat hashtag showed that it had reached an audience of over 650,000 people and had over 560 posts within 24 hours (info gathered via https://www.hashtracking.com). I am both thrilled and humbled by the worldwide success and how #phdchat has become an invaluable and useful community to researchers. We have people at various stages of their research careers contributing regularly, whether they are starting their PhD journey, are early career researchers, supervisors, lecturers or Professors.

When I started my own doctoral degree it became apparent that a support network was needed for the much anticipated joys and lows of PhD life. I had a busy full-time career as a Curriculum Leader in a high school and it was not feasible to make long journeys to network with PhD students or to regularly attend research conferences to build up my research network. My supervisor (@janshs) suggested using Twitter to make links with other researchers to test my thoughts and ideas for my grounded theory research design. Initially I was extremely wary and came across very few doctoral researchers on social media. Having located a few PhD students, an ‘online’ conversation (albeit not in live time) about grounded theory inspired the desire to start chatting more regularly with PhD students in live time and #phdchat was born.

The idea of a hashtag and a live chat was not originally my own idea and evolved through tentative discussions by myself, @janshs, @ianrobsons, @janedavis13 and @lizith before others such as @jefferykeefer, @emmaburnettx and @andycoverdale started to join in and make this the vast research community it has now become. At this time the only ‘live chat’ on Twitter that I was aware of was the #ukedchat hashtag where teachers ‘met’ online at the same time each week to discuss a topic of relevance. I particularly liked how this chat inspired me to get involved and bravely put out a few tweets and thus gaining a few followers and colleagues to share thoughts and ideas with and used this experience to adopt the same model for #phdchat.

A poll was posted for the community to choose a topic and a time was collectively chosen so we could get together each week and share our research thoughts and ideas. The chat element of the hashtag is, in my opinion, what has made the thread so resoundingly successful as this is when the community really started to develop professional relationships and, what were to be long term friendships, which enabled us all to quickly gel with each other. The chat element also provides a ‘safe’ place for those who are new to Twitter and don’t have any connections as yet to build their network and feel confident to talk. The live chat gives us all a topic to focus on (whether we contribute regularly to #phdchat or not) and a chance to ‘test the water’ of social media before launching straight into posting tweets and links of our own. People often are a little wary of contributing when they don’t have a common topic, don’t know the community, or feel worried that someone may not reply to them and I feel a live chat encourages them to be drawn into the conversation. It was a challenging task as moderator in the early days to get everyone involved and drawn into the discussion but now the chats tend to run themselves.

Most of my professional development as a teacher and researcher has been through the knowledge I have gained through #phdchat. I know many of us have become lifelong friends, there have been some #phdchat meet-ups and great friendships have been born due to this hashtag. Due to the immense global success of #phdchat, people from other time zones indicated that this model was a good idea and that they too wished to start a version phdchat of their own which was more convenient for their time zones which resulted in Dr Inger Mewburn (@thesiswhisperer) launching an Australian version of live #phdchat and there has been some discussion around possibly launching an American version.

Another great success of #phdchat is that as the community has grown people have started their own versions of live chats more focused to their field or stage in their research career which is fantastic to see. I have also seen other twitter chats take on the similar setup of #phdchat (such as #sltchat started by @teachertoolkit) which follow the same model of informal posts throughout the week and a live chat once a week to develop a real active live community.

Although all members of the community are equally valuable, I feel that a special mention must be made to @lizith for setting up and maintaining the #phdchat wiki and to @gawbul for uploading the #phdchat tweets to the wiki.

As I approach the final few months of my own thesis I feel thankful to all who have helped, supported and advised me through the #phdchat thread – too many of you to mention here personally. It has been wonderful to share my thesis journey with my doctoral colleagues on #phdchat and to see many of you come through at the end with your degrees. As the first generation of #phdchatters come to the end of their degrees, I hope that #phdchat continues to flourish and provide support, friendship and thesis-related knowledge to the next generation of PhD students.